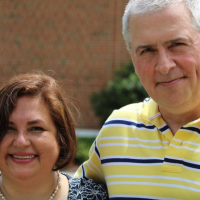 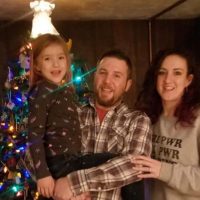 My journey to earn a black belt began about sixteen years ago. I found out immediately that martial arts would challenge me mentally and physically, and I was hooked. I was a dedicated student and trained hard, with hopes that someday I could have that coveted black belt around my waist. Unfortunately, due to some unforeseen circumstances, my journey ended one belt short of my goal, and I had to stop practicing martial arts. The fact that I was so close and couldn’t complete my goal has eaten at me for many years! I’ve always felt that I’ve had “unfinished business” and it has definitely been one of my biggest regrets.

I would’ve never thought that thirteen years later, I would have a second chance to fulfill my goal of becoming a black belt. My daughter wanted to start taking martial arts and so I contacted NextStep Martial Arts and set up a trial for her. As I sat there watching her learn some of the basic movements of Taekwondo, there was a rekindling of a fire deep in my gut. I just wanted to jump up and join her on the mat, as all the feelings of how I felt when I took martial arts before came rushing back to me! I believe I told Master Jay that night that I would like to join as well, that I couldn’t just sit on the sidelines and watch, I wanted to participate! So began the continuation of my journey.

I will tell you that the continuation has not always been easy! In fact, I have a greater appreciation of perseverance, given some of the obstacles that I’ve overcome. I’ve had to realize in some of my frustrations at the beginning, that I was older than before and that my body and muscles took longer to recover. I have learned to be more patient, as I would get frustrated with myself for not being able to see a technique or a kick done once and be able to perform it myself. I’ve also learned to be patient with injuries and that pushing through the pain is not always the best thing, sometimes you just need to rest what hurts. I knew that it was inevitable that I would hit some bumps along the way, but in the end it has been perseverance (and some patience) that have gotten me through!

I have several reasons for taking Taekwondo. The main reason as mentioned before was to achieve a personal goal. I wanted to be a role model to my daughter and show her that hard work and dedication pay off in life, as well as martial arts, and that you can achieve anything you want if you’re willing to put in the time and effort. I was hoping to motivate her into giving 110% in every class she took. I was hoping she would begin to think, if my mom can do it, so can I! I was also looking to get into shape and have an outlet to relieve the stresses that come with everyday life. I found that in Taekwondo.

I am excited to see what the future holds for me in Taekwondo and at NextStep. Not only do I have a very supportive family, but I’m lucky to have a second family, the NextStep family, supporting me as well! NextStep is such a positive, and friendly environment and I am honored to be a part of it! I know my journey does not end with a black belt, that it is only the beginning of my next journey in the martial arts!